Dan’s exhibit runs from February 22 through May 5, 2007 at The Print Center, 1614 Latimer Street, Philadelphia, PA. For more info visit www.danielheyman.com. 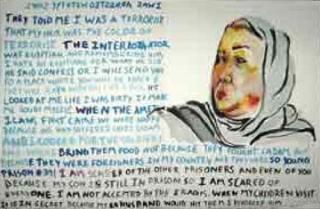 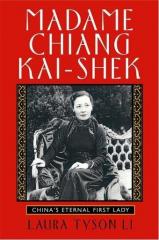 Laura Tyson Li ’85 invites all her classmates to her book launch party. See above for details. In MADAME CHIANG KAI-SHEK: China’s Eternal First Lady Laura, a former correspondent for the Financial Times, tells the story of an extraordinary woman who symbolizes America’s long, vexed love affair with China, as well as China’s own struggle to define itself as a world power. Brilliant, charismatic, and glamorous, she was both celebrated as “the world’s greatest living woman” and condemned as a scheming and manipulative “Dragon Lady.”

Check out Laura’s website at www.lauratysonli.com for some reviews and more, but I think “…a stunning achievement. Readers will be mesmerized…” gives you a pretty good idea how the press likes Laura’s work. Visit the site and buy the book!

Pete and I are both very busy.  Pete and Jim Leightheiser are in business together.  Jim keeps us apprised of several folks in the Boston and Hanover area.  I work for a non-profit focused on sustainable material systems and am the director of an industry working group.  I am having a great time as it is essentially directing a business that is focused on issues that I am really interested in.  I had been working part time while my girls were small, but the job has grown and so have my hours.  Our girls are 8 and 4 and our life pretty much revolves around, among, and between them.  We are having a great time watching their small lives grow big.  One of the best questions of the weekend was from Eva, my four year old – Mom, if the earth is spinning why don’t I get dizzy?  Thus followed the acceleration/deceleration preschool lecture.   It gets more interesting everyday.

Margot Buckels Miyashiro checked in with some news and some classmate sightings:

It’s been a lonnnnnnng time since we graduated.  I’m currently hoping to bring my family back for reunion [this] summer.

I’ve been in Sacramento, California for the past 16 years, where I met my husband, Robert.  We have two daughters who are 9 & 11.   I went to graduate school in Seattle and got a masters in public policy.  I originally moved to California to work for the state legislature, and then state government.  After my oldest daughter was born, I decided to go the full-time mom route.  It’s been great!  These days I’m busy volunteering at their school, leading a Girl Scout Troop, and yes, being a “soccer mom.”   For my own fun, I learned to row crew about 7 years ago.  It has totally hooked me and I’m still rowing with one of the local teams.  One day I even found a discarded “Dartmouth Crew” t-shirt in the boathouse.  It now hangs in my closet.  Pretty cool!  I’m hoping I might be able to snag a spot in the alumni row session at reunion.

Once, about 5 years ago, Cheryl Chow came through Sacramento.  She was cool as ever.  I met her for dinner, downtown.  When I got to the restaurant, she was sitting at the bar, holding an unlit cigar and a guy was hitting on her.  Doesn’t that sound like Cheryl?

Hello to the Dartmouth class of ’85,

I just returned from spending a week in Amman, Jordan, with a group of lawyers from Philadelphia, Detroit, and London, as well as a journalist and a photographer from the states interviewing victims of torture from Iraq. Each day, I listened to interviews with the victims as I made dry point portraits of the victims.  Many of these portraits have text that I write down as I hear it from the translators.  When I return to Philadelphia late this spring, I will print these portraits, along with the texts into either a portfolio or an artist’s book.  I am put daily reports on my website, under the “news” section, which describe the interviews as well as my thoughts.  I thought I would let you know about the project, as it is truly fascinating, and I am very privileged to have been invited.  This project is partially funded with a grant from the Independence Foundation, and the 5 County Arts Fund.  www.danielheyman.com

Sorry for the bad pun, but Laurie Swain reports that she is recovering from her second hip replacement (this year!), and how do you write a headline for that? Send Laurie your best wishes for a speedy recovery. Feel better Laurie!

As Chief Compliance Officer, Bill Senhauser will lead the Office of Compliance, Ethics and Investigations at Fannie Mae, reporting to the chief executive officer and to the Compliance Committee of the Board on compliance and ethics issues and on any open investigations, both internal and external. He will be responsible for developing and carrying out corporate policies related to compliance, ethics and investigations; overseeing legal and regulatory compliance and reporting to senior management and the Board; developing and promoting a code of ethical conduct; evaluating and investigating any allegations of misconduct in a thorough, effective, and fair way; and overseeing and coordinating regulatory reporting and exams. As a member of Fannie Mae’s senior management team Senhauser will be responsible for participating in senior management decision-making processes and particularly for maintaining an active dialogue with heads of other control functions, including the Chief Audit Executive, and the General Counsel.

“As Fannie Mae continues to strive toward building an open, productive and transparent relationship with our regulator, Bill’s experience working with OFHEO over the past year was critical. In his new role of ensuring that Fannie Mae operates with the highest standards of ethics and integrity throughout the company, Bill’s remarkable energy and abilities, extensive legal background, strong sense of justice, and a passion for Fannie Mae’s mission will be key. As Chief Compliance Officer, Bill will have an impact on all aspects of the company and will work closely with the Board of Directors,” said Mudd.

Prior to his appointment as Chief Compliance Officer, which followed a nationwide search, Senhauser was vice president of the Regulatory Agreements and Restatement Team. In his new capacity, he will continue to be responsible for the team carrying out the mandates in the company’s September 2004 and March 2005 agreements with OFHEO, the Office of Federal Housing Enterprise Oversight. Senhauser comes to this role following an extensive career in fair housing and equal rights. He joined Fannie Mae in 1999 as Vice President and Deputy General Counsel, responsible for fair lending and anti-predatory lending compliance.

Prior to joining Fannie Mae, he was Executive Director of the Equal Justice Foundation; Senior Trial Attorney, U.S. Department of Justice, Civil Rights Division; and has several times served as a special master or mediator for class actions pending before the U.S. District Court, for the Districts of California and the District of Columbia. Senhauser received his J.D. from Vanderbilt University School of Law, and his bachelors from Dartmouth College.

Eric Kearney ’85 was recently named to fill the 9th District state Senate seat being vacated by the incoming mayor of Cincinnati. Eric is a lawyer and newspaper publisher these days.