1. Provost Carol Folt ’78a presented a status report on the ongoing Dartmouth Strategic Planning Initiative. She said that the global higher education landscape is undergoing rapid change and that leading colleges and universities in America face ever-increasing competition for the best students and faculty from rising U.S. public and international universities. Schools around the world are in an “arms race” to build the best research facilities, to attract the strongest faculty and students from across the globe and to rise in the various rankings that shape perceptions about the quality of colleges and universities. At the moment, Dartmouth is unique among its U.S. peers in having a VERY LARGE GAP between its ranked position among U.S. universities and its ranked position among world universities. Today’s students have an international focus and wish to be internationally employable. They aspire to be taught by leading faculty in both the arts and sciences and to have the opportunity, as undergraduates, to participate in scientific research. Students around the world are much more likely today to undertake their studies abroad. It is anticipated that the U.S. News & World Report rankings will become more dependent upon global reputation and influence, and there is concern that Dartmouth could slip unless it increases its visibility on the global stage. A variety of committees and working groups are now engaged in the review and planning process to identify goals by the end of 2012 and to proceed with implementation during the years 2013 to 2020. See http://strategicplanning.dartmouth.edu/

2. Gabrielle Lucke, director of diversity training and educational programs; Rodrigo Ramirez ’06, assistant dean of pluralism and leadership; Elise Smith ’13; and Christian Brandt ’12 led a panel discussion on “Diversity at Dartmouth.” Gabrielle told councilors that diversity among faculty, staff, and students is a critical and shared goal of the Dartmouth community. In its employment practices, the College seeks to create an environment that recruits and fosters the inclusion and well-being of diverse employees, consistent with Dartmouth’s mission and its obligations under federal laws. Lucke previewed the College’s plans for its upcoming Martin Luther King Jr. Day celebration, which will highlight the work of Dartmouth students around the world and include an address from the coach of the Titans, the first integrated high school football team in Virginia. Rodrigo explained how he and his colleagues work to create a feeling of inclusion and well-being among all students and how they help diversity students successfully deal with issues of identity, inclusion, and power dynamics. Christian expressed the view that diversity dynamics at Dartmouth are always undergoing change. While much progress has been made, and while the College is committed to diversity, there is still work to be done. He cited a recent incident of vandalism and use of homophobic words that created significant discomfort. From his point of view, the College does a good job of admitting a diverse student body, but the post-admission experience needs improvement. Elise explained how it can be uncomfortable for students of color to be thrust into the Dartmouth community. Alluding to the oft-made observation that students within a particular diversity group tend to stick together, she said that the onus is on every member of the Dartmouth community to foster a heightened sense of inclusion and more shared experiences.

3. The Council nominated Nate Fick ’99, Richard H. Kimball ’78, and Ben Wilson ’73 to fill three alumni-nominated seats on the Dartmouth Board of Trustees.

Nate is chief executive officer of the Center for a New American Security and an operating partner at Bessemer Venture Partners. After Dartmouth, he served as a Marine Corps infantry officer in Afghanistan and Iraq, and wrote the bestselling book One Bullet Away about that experience. He is a director of the Marine Corps Scholarship Foundation, which provides access to higher education for the children of service members killed in action. Nate serves Dartmouth on the Board of Visitors of the Rockefeller Center and is a frequent speaker on campus. While at Dartmouth, he won a U.S. National Championship title in cycling. He holds an MBA from Harvard Business School and an MPA from the Harvard Kennedy School. Nate lives in Washington, DC, with his wife and daughter.

Rick Kimball is a founding general partner of Technology Crossover Ventures (TCV), one of the largest growth equity/venture capital funds in the world focused exclusively on information technology. Over the course of a 16-year history, TCV-backed companies have held 50 initial public offerings. He is a member of the Dartmouth President’s Leadership Council, Trustees’ Investment Committee, and College Fund Committee and also serves as class agent. Rick played a major role in supporting the Class of 1978 Life Sciences Center project. At Dartmouth, he was a member of SigEp and majored in history. He also holds an MBA from the University of Chicago. Rick is the son of John Kimball ’43. He is married with a daughter and son and lives in San Francisco.

Ben Wilson is managing principal of Beveridge & Diamond, P.C., the nation’s largest environmental law firm. Ben litigates extensively in federal and state courts, and advises clients in complex business negotiations. He is lead counsel for major corporations and government agencies. Ben serves on the boards of the Northwestern Mutual Life Insurance Co. and the Environmental Law Institute. He is an adjunct professor at Howard University Law School and a graduate of Harvard Law School. At Dartmouth, Ben was vice president of his class and a member of the varsity football and track teams. After graduation, he founded a mentoring program to foster academic success by minority college students and has been active in fundraising activities. Ben’s three brothers (Harrison ’77, John ’80, and Richard ’84) also attended Dartmouth.

The filing deadline for petition candidates is February 9, 2012. Trustee balloting will take place online and by mail from March 14 through April 11, 2012. Additional information is posted on the election website at voxthevote.org.

4. Dean of the College Charlotte Johnson explained how she hopes to help students succeed at Dartmouth and beyond and outlined her goals for the 2011-12 academic year. Dean Johnson has set the following specific goals for the 2011-12 academic year: (a) continued support for the Dartmouth-led binge drinking collaborative; (b) implementation of the bystander intervention program for sexual assault; (c) redressing deficiencies in student counseling services and expanding access in order to meet growing demand; (d) restructuring and upgrading pre-major advising; and (e) creation of a long-term plan to improve Career Services.

Assistant Dean Cecilia Gaposchkin pointed to improvements the College hopes to make to pre-major advising. Currently, because faculty are rewarded for specialization, many of those who serve as pre-major advisers do not have a global view of the College’s curriculum and are therefore challenged when advising students who face a dizzying menu of academic choices. In the fall of 2012, the College will implement a new pilot program for 100 students who will be advised by specially trained faculty.

5. Later, at dinner, President Kim expressed his view that Dartmouth was at a rare “inflection point” in its history, and he called upon the entire Dartmouth community to innovate, adapt, and invest in the College in order to maintain its position of excellence in the increasingly competitive global higher education market.

7. The next morning, Dartmouth trustees Annette Gordon-Reed ’81 and Brad Evans ’64 presented the council with an update on the board’s recent activities, including its outreach to Dartmouth clubs, its ongoing supervision of the Strategic Budget Reduction and Investment Initiative and its participation in the ongoing Strategic Planning Initiative.

8. Albert G. Mulley ’70, M.D., director of the Dartmouth Center for Health Care Delivery Science, reported on the progress of the center’s first class of degree candidates. He also presented an inspirational account of the ground-breaking work that the center is doing around the world in support of its mission to improve the quality of healthcare, lower costs, and expand access.

10. Martha Beattie ’76, Dartmouth’s new vice president for alumni relations, presented her agenda for building lifelong and ever-more-meaningful relationships between Dartmouth and her alumni. As part of a new “Dartmouth for Life” initiative, the College plans to offer alumni career planning services, alumni career panels and speakers, life-stage planning, life skills, online shared interest groups, Alumni College or other educational offerings, and health insurance cooperatives. Martha and her team are also re-imagining reunions. They are determined to enhance the reunion experience and increase attendance. From now on, all pre-50th reunions will be on weekends. The reunion experience will be enhanced to include an afternoon extravaganza on the Green; “Midnight Hour Magic”; tours of the steam tunnels, Bartlett Tower, and Baker Tower; and “intellectual tune-ups” at Alumni College. A mobile app for reunion weekend programming is also in the works. 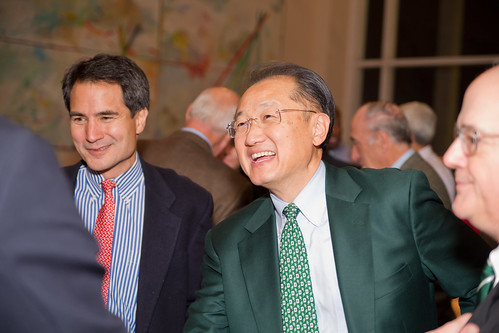 12. Additional notes: last week Carrie Pelzel, Senior Vice President of Advancement, announced her retirement. No word yet on her replacement.

The next meeting of the Alumni Council will be in May.

CLASS OF 1985 REPRESENTATIVE TO THE DARTMOUTH ALUMNI COUNCIL